I’m a wannabe journalist, but I was an aviation journalist. The toughest assignment I had was doing interviews and shooting photos in the July heat of Oshkosh, WI. I admired from afar the journalists who went into war zones or areas of conflict, when the war wasn’t “official,” and worked hard to show the rest of us what was really happening. I knew, intellectually, journalists sometimes got killed in areas of the world where governments don’t respect Freedom of the Press. Having someone you admire killed on behalf of truth brings it close to home.

In the 1990’s I had two, particular journalist heros–Veronica Guerin, who exposed crime at high levels of Irish society, and Anna Politkovskaya, who wrote first about the Russian debacle in Chechnya then corruption under Vladimir Putin. Both were murdered, Guerin by the mobsters in the Gilligan gang she exposed. No one was ever convicted of her murder, though one Gilligan gang member provided information about the murder in exchange for entering Ireland’s Witness Protection Program. The three men arrested–one with a vague Russian State Security link–in connection with Politkovskaya’s murder were acquitted.

Washington, DC’s Newseum maintains a Journalists Memorial, which contains the name of every reporter killed while pursuing the story anywhere in the world, as well as biographical information on each journalist. The list begins in 1837 with the death of Elijah Parish Lovejoy, who was killed by a pro-slavery mob as he protected the presses for his abolitionist newspaper, The Emancipator Extra.

In the past two weeks, unfortunately, three more journalists will join Lovejoy and 2,083 others on the Journalists Memorial: Anthony Shadid, Marie Colvin, and Remi Ochlik. All three died in Syria, working to show the rest of the world the truth of Bashir Assad’s brutal regime.

Shadid, originally from Lebanon, was known and respected for his balanced reporting about the Middle East. He was respected by all religious factions in the area because of his fairness, and the fact he knew what he wrote about. He died from an asthma attack, a death far from ignoble. He knowingly went into an area where he knew medical supplies were limited. Sometimes, the story is important enough. 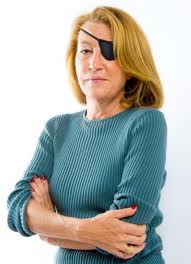 Colvin was said to be fearless, and she knew first hand the dangers of telling a story a repressive government didn’t want the world to know: David Blundy, who hired her for The Sunday Times, was killed reporting in El Salvador. Colvin’s reports from Homs, Syria, were raw and uncompromising. She died, along with Ochlik, at a makeshift press center, which might have been targeted on purpose by Syrian government forces. (Shrapnel cost Colvin her left eye while she reported on conflict in Sri Lanka.) 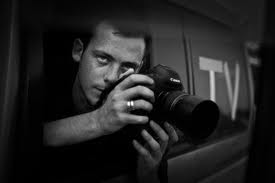 Ochlik, only 28, wanted to be an archeologist as a child in France, but when his grandfather gave him a camera, he took to it at once. He had a talent for capturing in his photos the emotions of a demonstration, and he was best known for covering the 2004 Presidential elections in Haiti. He returned to Haiti in 2010 to cover the cholera epidemic. Haiti, he said, was his war–“It was where I always dreamt to be, in the action.”

When you read or see journalists, pause for a moment and acknowledge that many of them go to places and into situations the rest of us would never have the guts to go. They show us truth.

2 thoughts on “In Memoriam”

Yes! One of my favorite fall drinks--hot chocolate!